Your Life...
Your Goals...
Our Commitment 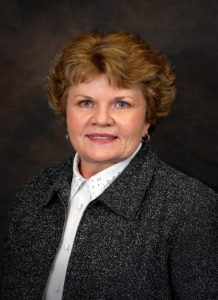 Winnie Fritz has held positions as a CEO, Chief Clinical Officer, and Chief Nursing Officer in a variety of U.S. and international hospital and healthcare organizations including for-profit and not-for-profit care providers.  Her experience also includes serving as the Director of International Healthcare Operations for HCCA Intl, where she has worked in Europe, the Middle East, Africa, and Asia. She was employed by His Majesty King Hussein of Jordan as the Dean of a School of Nursing and later as a network Clinical Operations Officer (COO) for 28 hospitals. For her success in strategic and financial planning and in improved clinical performance in Jordan’s hospitals, she was awarded His Majesty’s Medal of Honor.  Winnie was also recognized as a Chief Clinical Officer/CNO of the Year by Vanguard Health System and has been honored by U of MO with Alumni and Lifetime Citation of Merit Awards.

During her tenure as a nurse in the US Army, Winnie earned her pilot’s wings and held leadership positions in the U.S., Thailand, and Vietnam where her commendations included the Bronze Star. She has served as an Assistant Professor at Georgetown University, University of Maryland, University of Missouri, and the University of Nevada, Las Vegas.

Currently, Winnie is the COO/Sr. V.P. of Clinical Operations and Services for HCCA Management, Nashville, TN.  She works in the U.S. and in international hospitals & health systems in  Africa and the Middle East to build, equip, and operate patient-centered healthcare facilities; to develop physician/staff/team competencies; AND to “innovate” – improving population health….while enhancing clinical,  consumer/patient experience, staff engagement, and financial outcomes.